is part of the Informa Markets Division of Informa PLC

This site is operated by a business or businesses owned by Informa PLC and all copyright resides with them. Informa PLC's registered office is 5 Howick Place, London SW1P 1WG. Registered in England and Wales. Number 8860726.

With an astounding $14.2 trillion of new global wealth to be realised through Fourth Industrial Revolution (4IR) technologies by 2022, according to the World Economic Forum, now is the time for industry members to join up and develop comprehensive innovation strategies which will enable information to flow much more seamlessly between the many different players and actors who make up today’s often lengthy, opaque and fragmented supply chains.

Digital platforms are widely viewed as the cornerstone of the next phase, combining disparate data flows on a massive scale. A huge amount of work is now going on here both by the private and public sectors, and no facet of commercial and operational activity will likely be left untouched.

Blockchain is increasingly seen as a core technology to put the trust into distributed data systems, with IoT telematics and sensors generating real-time data flows from a huge variety of smart, connected things. Meanwhile, big data analytics, AI and machine learning should in theory help make sense of this massive wealth of information and expose key trends that are largely invisible to the human eye.

Growth in world trade and, especially, port volumes is better than for some long time. But the global and regional impact of escalating tariffs and increased protectionist policies will remain high on the TOC agenda for 2019. “While the prospects for seaborne trade are positive, these are threatened by the outbreak of trade wars and increased inward-looking policies. Escalating protectionism and tit-for-tat tariff battles will potentially disrupt the global trading system which underpins demand for maritime transport,” said Mukhisa Kituyi, Secretary-General of UNCTAD, the
United Nation Conference on Trade and Development, launching its 2018 Annual Review of Maritime Transport this October.

The continued fallout from shipping mergers and alliances, big ships and assorted initiatives to manage maritime economies of scale and boost revenues will also come under further scrutiny.  As of June 2018, the top 10 ocean carriers controlled almost 70% of the world’s liner shipping fleet and it's predicted that by 2021 the top 7 could control 75%. “There is a need to assess the implications of [shipping] mergers and alliances and of vertical integration within the industry, and to address any potential negative effects. This will require the commitment of all relevant parties, notably national competition authorities, container lines, shippers and ports,” added UNCTAD.

Adapting to mega-ship deployment, big vessel cascading and shipping industry consolidation has been extremely challenging for port and terminal operators in recent years, with acute concerns raised over an uneven distribution of benefits whereby economies of scale in shipping creating diseconomies in ports and the onward land transport chain. Port and connecting landside infrastructure development is vital to trade and nations, but both private and public investments are acutely impacted by shipping industry developments.

Container Supply Chain conference stream at TOCs in 2019 will bring together analysts and academics, regulators, government agencies and NGOs, cargo owners, port, transport and finance executives to share the latest market intelligence and discuss the impact of these macro trends in high-level debates including “The Business, Trade & Container Outlook”, “The New Regulatory & Policy Landscape”, “The Container Shipping Outlook” and “The Trade Infrastructure Investment Forum”.

Supply chains are always under constant siege from disruption across the region and around the world. The most pressing for the maritime industry is how is looks to deal with existing and emerging criminal cyber-attacks. After the attacks on A.P Moller-Maersk in 2016 - which affected some 4,000 servers and 45,000 computers and severely impacted its operations over the next few days -  and Cosco Shipping Line which was also the victim of a ransomware attack which impacted its terminal at the Port of Long Beach has put the industry on high alert.

This threat is arguably the biggest facing the sector – in 2017, the industry saw a 200% rise in cyber stacks against the supply chain - and in the age of digitalization and certainly has the potential to become the most disruptive for maritime industry whom must look now to develop a comprehensive strategy to reduce this threat. But how do combat a risk that is constantly evolving and becoming more complex and resilient.

Looking at the wider supply chain risks, counterfeit and pirated products continue to put pressure on governments and businesses as they take away vital tax revenues, profits and thereby costing the workforce many millions of jobs. Counterfeiting and piracy are projected to drain US$4.2 trillion from the global economy and put 5.4 million jobs at risk in the next 4 years. Maritime Operators are one of the key groups of intermediaries in the supply chain whom need to show their intent showing their commitment and dedication to stopping the carriage of counterfeit goods aboard their ships and in their containers.

DOING MORE WITH LESS - DEFINING THE PORTS OF THE FUTURE

Ports and terminals have unfortunately often been characterised as black holes of information, not least by cargo owners. This is despite the fact that port community systems represent some of the earliest IT initiatives to combine operational, commercial and regulatory data around import and export shipments and trade compliance.

But in the new digital economy, ports and terminal have a chance to be just as much a nexus of information flow as they are of physical cargo flow. Of course, these two facets are completely intertwined, as the CEO of PSA International pointed at TOC Asia 2018, where the port operator launched CALISTA, a digital platform blending cargo logistics, inventory management, trade compliance and finance data.

More than ever before, cargo owners, carriers and citizens care about what goes on in their ports and expect a high level of visibility. At present, that expectation is often not met. But ports are critical value nodes in trade lanes, supply chains and for the cities with which they co-exist. And the concept of the smart port should include the ability to gather, analyse, and distribute data that can be turned into useful information for decision making on a host of activities that determine the efficiency of port infrastructure and services.

While digitalisation and automation are no panaceas, they may help mitigate some of the multiple current challenges facing ports – from spatial constraints, to pressure on productivity, waterfront and landside congestion, vessel scheduling, cargo flow visibility, infrastructure and asset optimisation, fiscal constraints, environmental regulations and social pressures.

The story has only just begun and once again standardisation and collaboration will be key in defining and delivering this futuristic concept of what the port can achieve and how to do more with less.

Heavily influencing this fundamental shift in the traditional supply chain paradigm will be China’s One Belt One Road concept where rail becomes a real option for long range freight transport. OBOR encompasses 60 countries and links China to Europe through ports, highways, bridges, tunnels, communications grids, and rail links and has already received up to $1trillion in heavy investments and this will continue to rise over the next decade.

OBOR of course has major geopolitical ramifications and the huge scheme continues to excite a mixed response both inside and outside China.

OBOR is not a simplistic project linking China to mainland Europe, there are around 900 OBOR-related projects either being negotiated or already in progress. OBOR encompasses 60 countries through ports, highways, bridges, tunnels, communications grids, and rail links along two pathways that encompass several regions and more importantly has already received up to $1trillion in heavy investments and this will continue to rise over the next decade. 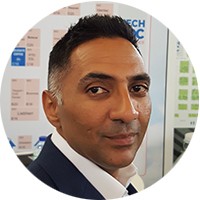 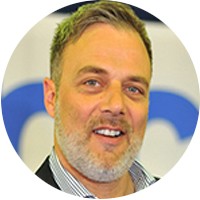